You’ve taken all the right steps to maintain a healthy body weight through diet and exercise, but despite your best efforts, you still have stubborn bulges in places like your belly, upper arms, legs, buttocks, and back. This problem can be frustrating, but you’re not alone.

Many of us are genetically predisposed to accumulate hard-to-lose body fat in specific areas, especially as we get older. These pockets of fat resist diet and exercise, and can make you feel as if your efforts to work out and eat a balanced diet are in vain.

What are your options if you would like to achieve the smooth, toned silhouette you have been pursuing, but which you couldn’t get on your own? In the past, liposuction was the only answer, but recent scientific breakthroughs have provided us with CoolSculpting®.

See More Before and Afters

CoolSculpting is a gentler alternative to surgical treatments like liposuction, which can be harsh on your body and require a lengthy recovery time. With this minimally invasive, zero-downtime technique, there is no need for stitches or scarring, and you can resume your usual daily routine immediately after your appointment.

CoolSculpting comes from a scientific breakthrough by two medical researchers at Massachusetts General Hospital in Boston. The technology uses intense, controlled cold to freeze and kill fat cells in targeted areas, which the body then excretes through natural processes over the following months.

At the Advanced Laser Technology & Cosmetic Center, we use traditional CoolSculpting to freeze away the fat from problem areas such as your belly, back, and thighs, in conjunction with specially designed applicators called the CoolAdvantage Petite™ and the CoolMini™ that also allow us to effectively treat smaller areas like your upper arms and your chin/neck region.

What Makes CoolSculpting a Smart Solution?

If you’ve put in hours at the gym trying to tone your legs, arms, and abs, and are still not seeing the tightening and definition you wanted, we understand. No matter how often you do cardio training, lift weights, and count your calories, exercise and diet alone are often not enough to improve the appearance of specific trouble zones.

No matter what exercises you do, there is no way to choose which body parts lose fat. However, the idea that you can spot-tone certain areas of your body with targeted moves is a persistent myth that has helped successfully market “as-seen-on-TV” products such as the Ab Roller and ThighMaster. Indeed, you’ve probably fallen for the hype at least once, only to abandon the equipment when it didn’t live up to your expectations.

Unlike these products, CoolSculpting is a procedure that delivers on its promise to help you banish body fat in specific areas. Imagine having the confidence to wear a sleeveless shirt that puts your upper arms on full display, or a slim-fitting top that flatters your curves – without showing any embarrassing rolls of fat. CoolSculpting makes that dream a reality! Here are the top six reasons millions of people around the world have chosen to get CoolSculpting.

Compared to surgeries such as liposuction, brachioplasty, abdominoplasty, or gastric bypass, all of which require incisions, sutures, scarring, and significant post-operative recovery time, CoolSculpting is a straightforward, non-surgical procedure that will not disrupt your typical daily schedule. You won’t need to worry about the risks of undergoing anesthesia or introducing medical devices into your body, and there are no complicated pre- or post-procedure instructions to follow.

The Results of CoolSculpting Are Natural-Looking

If you have stubborn body fat such as a double chin or muffin top, you have probably tried one or more “miracle cures” that promised to melt the fat away. Unlike these products, CoolSculpting does not use any pills, potions, or any artificial substances to help you hit your tightening and toning target.

The results look and feel entirely natural and reveal themselves over several months, which is excellent for anyone who prefers to take a subtler approach to self-improvement. CoolSculpting also does not have any of the risks or side effects associated with surgery, such as infection, dimpling, or scarring – or, in the case of bariatric surgery, the inability to eat specific foods.

CoolSculpting Fits Into Even the Busiest Lifestyle

Each CoolSculpting session only takes about an hour of your time, so you can get your treatment on your lunch break if you choose. Many patients can return to work immediately after getting CoolSculpting, with none of their co-workers any wiser. Additionally, many of our patients see their goal results after only one or two rounds of CoolSculpting.

Unlike more invasive methods for reducing fat deposits, CoolSculpting creates minimal discomfort during and after the procedure. Dr. Kabiri strategically places the CoolSculpting, CoolMini, or CoolAdvantage Petite applicator against your targeted treatment area, allowing the cold temperatures to penetrate and freeze the fat cells. During the first few minutes of the process, you will initially experience suction and cooling sensations that gradually go numb. Many people take the opportunity to watch TV, read, catch up on emails, or even fall asleep while they are undergoing their CoolSculpting treatment. As a result, the side effects and risks of CoolSculpting are extremely mild.

Though there isn’t much pain or discomfort associated with CoolSculpting, you may experience redness, tingling, bruising, or tenderness for a while after your treatment. These effects are temporary, and generally resolve on their own within the first week or so afterward.

CoolSculpting Can Motivate You to Set New Fitness Goals

If you’re already near your target body weight, but are looking to address stubborn deposits of fat once and for all, CoolSculpting is a perfect way for you to achieve better proportions and tone specific zones of your body. Though CoolSculpting is not a weight-loss procedure, many people discover a renewed sense of enthusiasm to maintain their results through fitness and nutrition after seeing how much their appearance has improved.

As we all know, people who look their best feel their best, too. They go about their daily lives with more confidence and poise, and they are happier and more fulfilled, as well. After getting CoolSculpting treatments, you may find it’s easier for you to form new relationships or take the necessary steps to advance in your career. You’ll have a more positive outlook on life because you’ll feel more comfortable in your skin.

Are you ready to love what you see when you look in the mirror? Dr. Kabiri can help you achieve that self-confidence by giving you the slim contours you’ve always dreamed of. At the Advanced Laser Technology & Cosmetic Center, our team is here to support you every step of the way. If you have any questions about CoolSculpting, CoolMini, CoolAdvantage Petite, or any of the other minimally invasive cosmetic services we provide, please don’t hesitate to call us at 604-925-1301. Each member of our staff is caring, experienced, and dedicated to taking a personalized approach with each patient. We will always go the extra mile to ensure patient comfort and safety, and to listen to your needs. 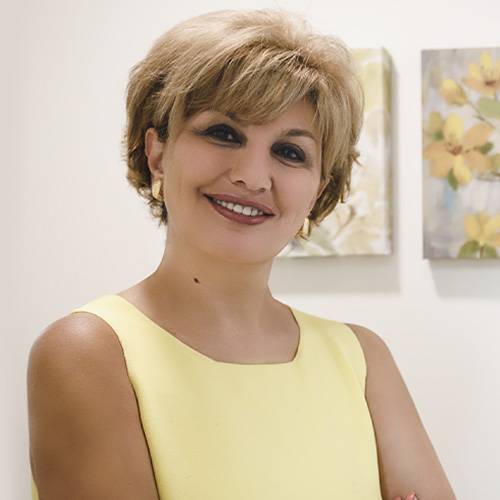